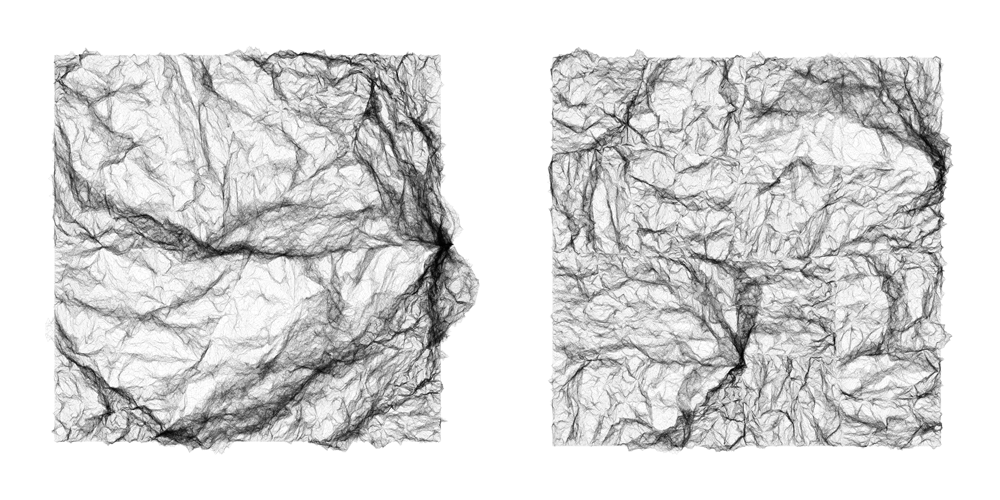 The title is a reference to the Jacquard loom. Invented in 1801 by Joseph Marie Jacquard, the Jacquard loom was a machine for automating the production of complex patterned textiles. In its use of punched cards to determine the pattern produced, the loom became an inspiration for the construction of the computer. Charles Babbage attempted to apply the punched card concept in the development of the second of his two (failed) computational machines, the Analytical Engine (1837). The novel feature of the Jacquard loom is that it separates machine logic from machine operation. Rather than just taking raw material input and producing an identical manufactured result, the loom takes instructions that determine aspects of its underlying functioning. In a similar manner, through the medium of software, the computer gains a flexible, generic character – it becomes, as Turing put it, the ‘universal machine’.

Two features of the Jacquard loom are relevant. First, and most obviously, the loom is a machine for weaving graphic patterns. This is an exhibition about weaving graphic patterns with computer algorithms. It is concerned specifically with exploring the possibilities of recursive geometric subdivision. Applied successively, motions of subdivision produce complex emergent visual fields. Second, the Jacquard loom is relevant in terms of it delineation of an intermediary space between visual concept and the process of manufacturing. This exhibition is centrally concerned with dimensions of labour in algorithmic drawing. People typically regard computational drawing as an eradication of proper manual drawing labour. This is to neglect both the labour of programming and the labour of machine operation. It can take months to design and write a drawing system and, however abstract the conception, it is still closely conceived in terms of the practical exigencies of machine operation. The latter represents less an eradication of labour than a transposition of labour into inhuman terms. Punched cards and software represent a zone of mediation. They structure a relation to an alien, partly obfuscated space of labour. This exhibition focuses on the intimate but never quite coextensive relationship between code and the space of code performance. 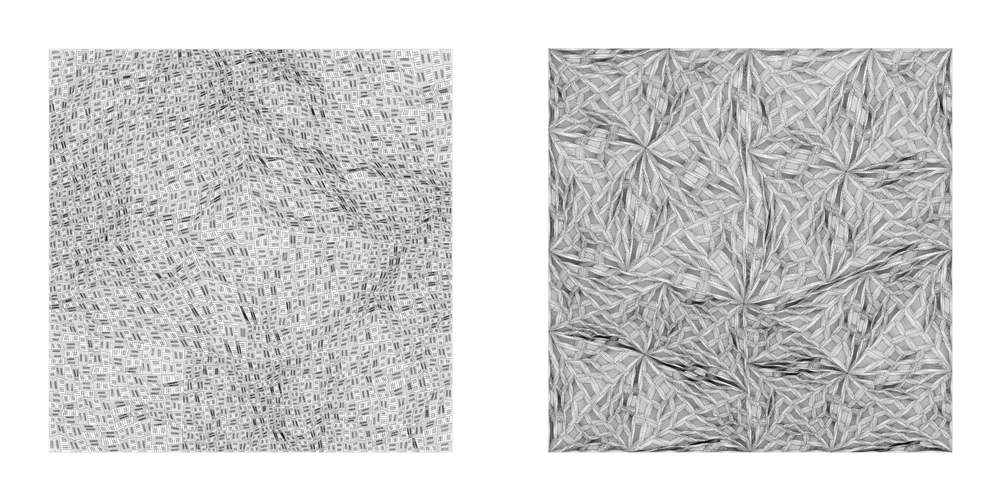 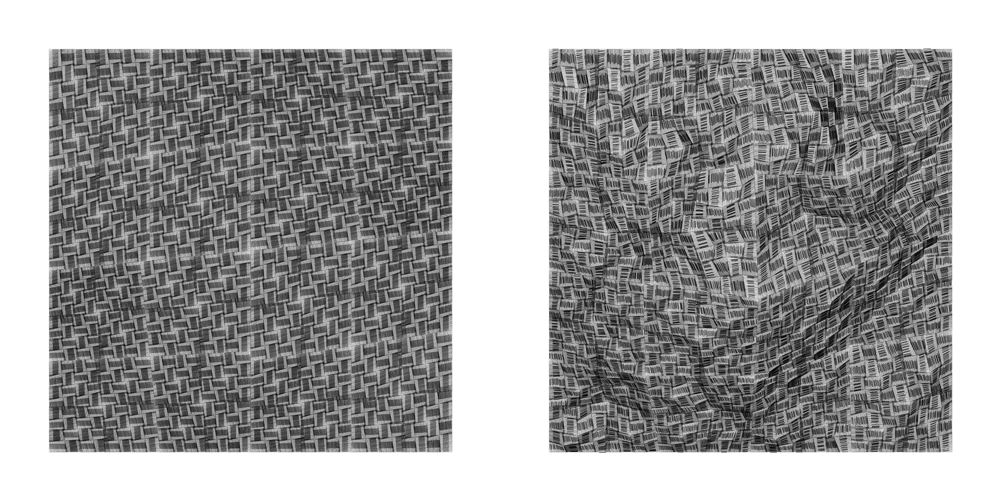 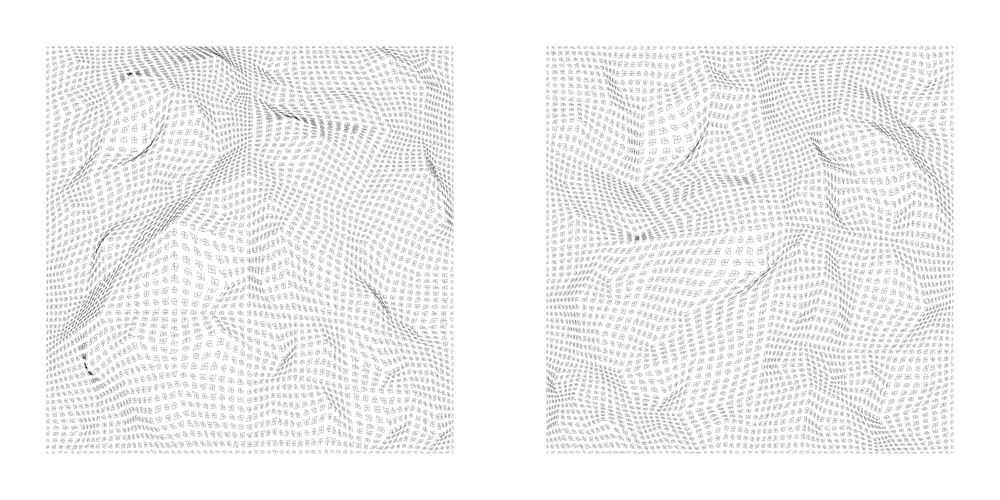 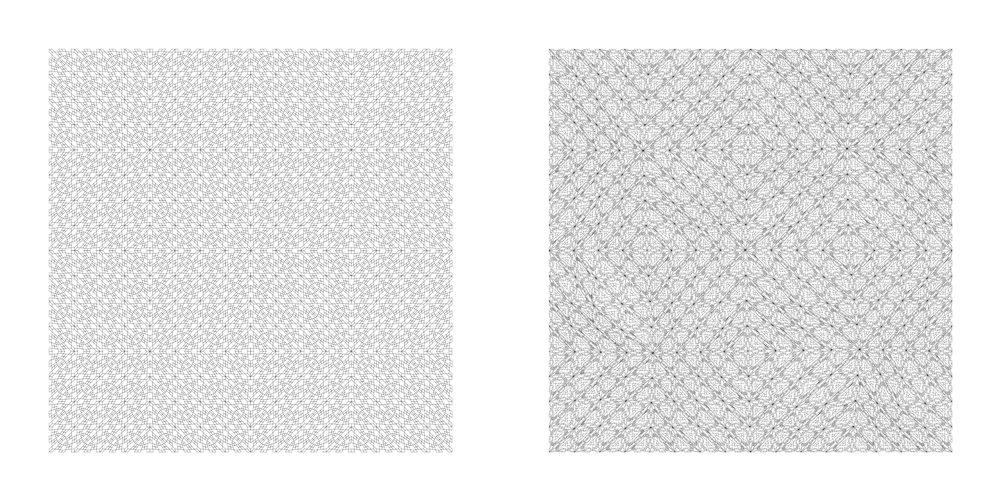 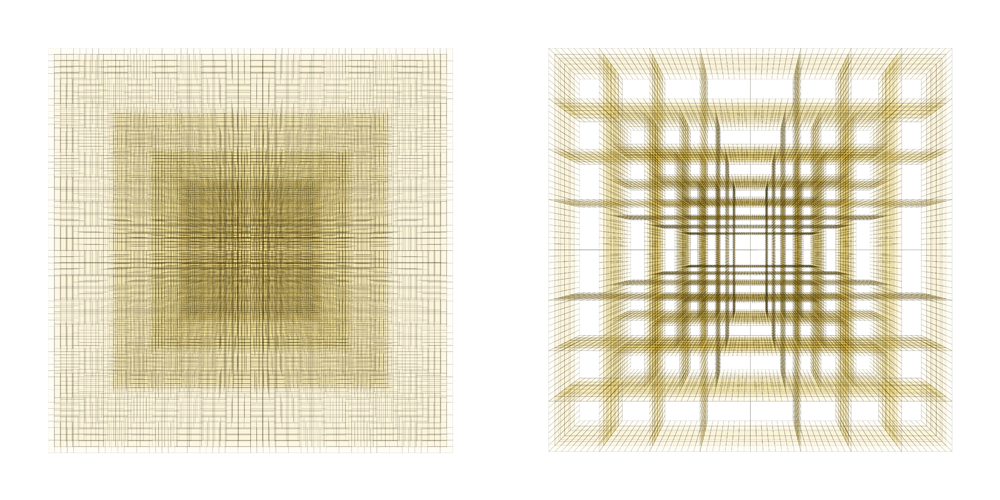 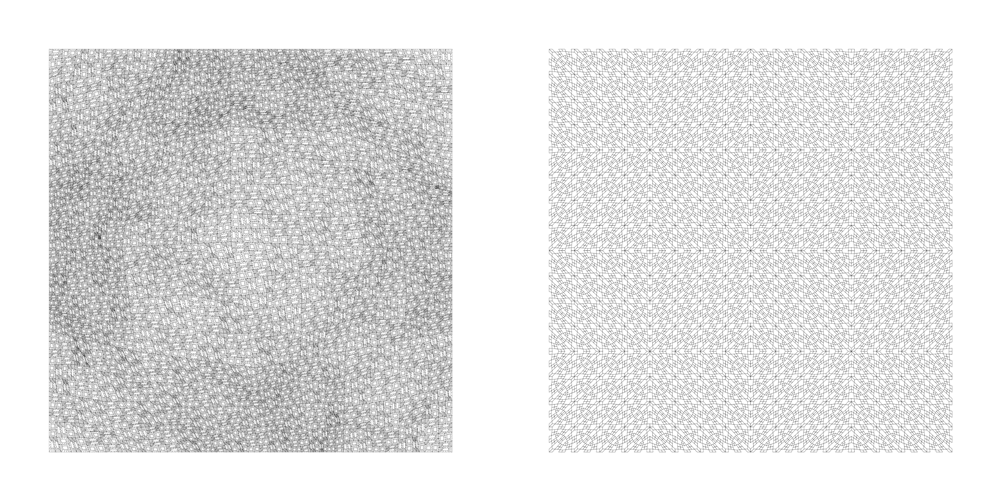 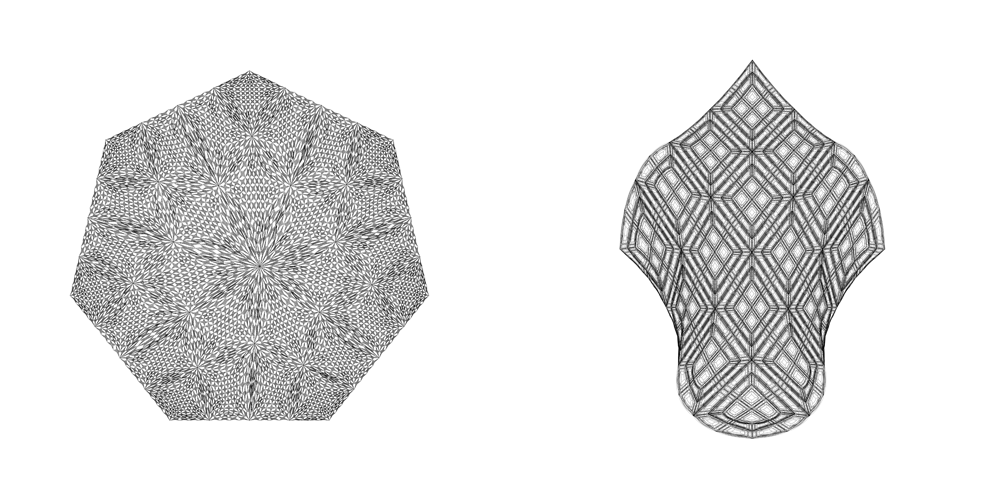 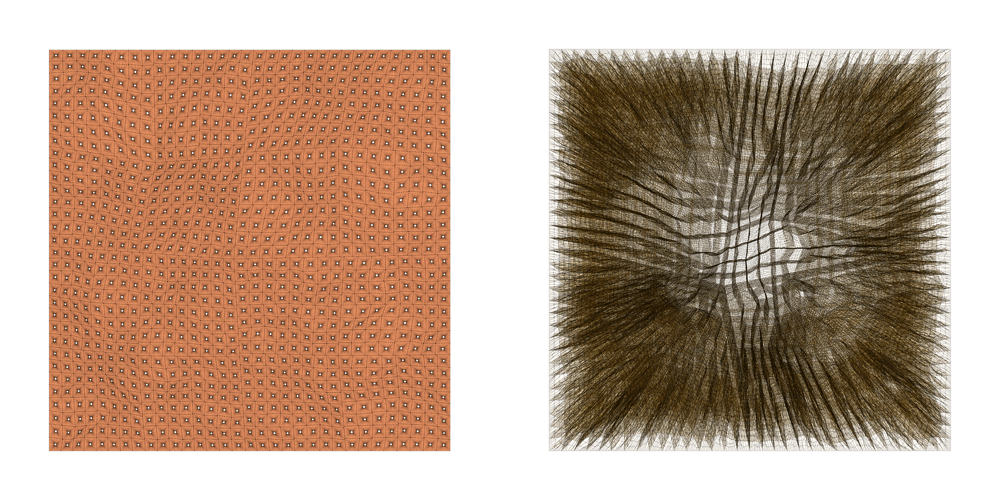 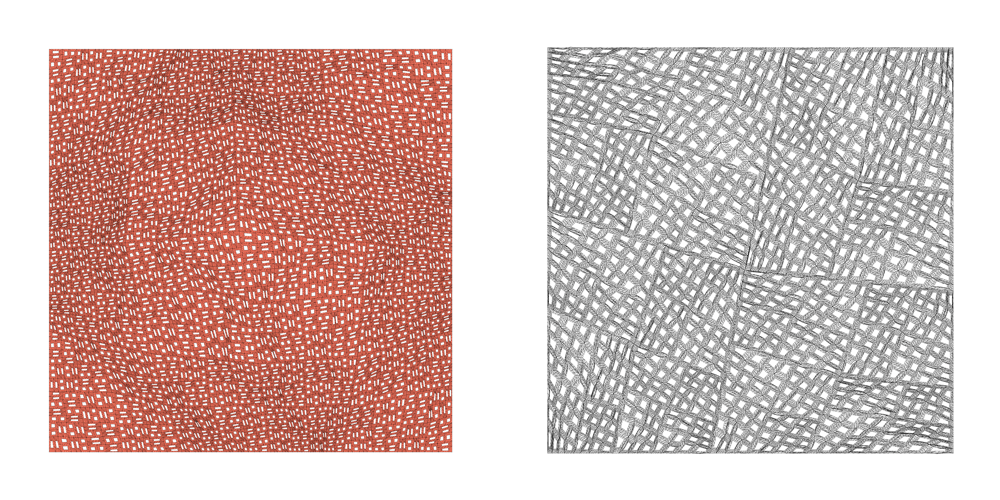 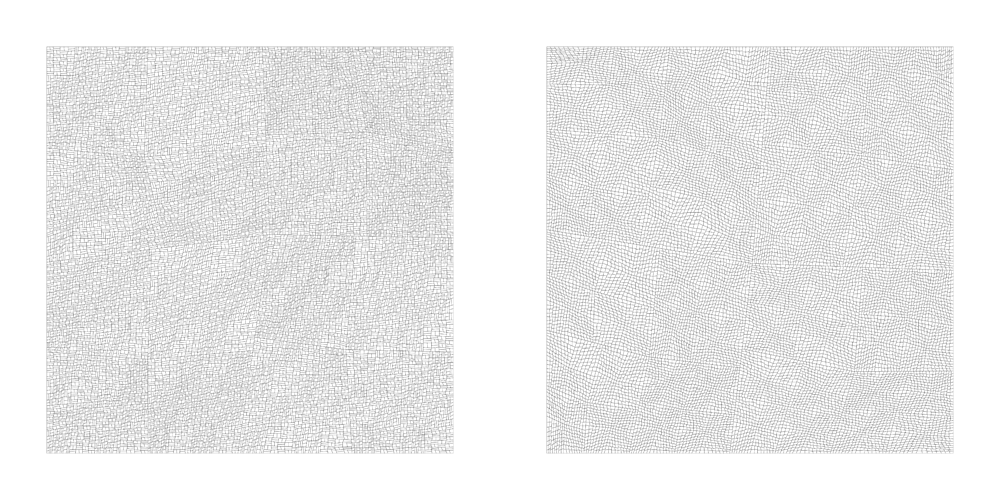 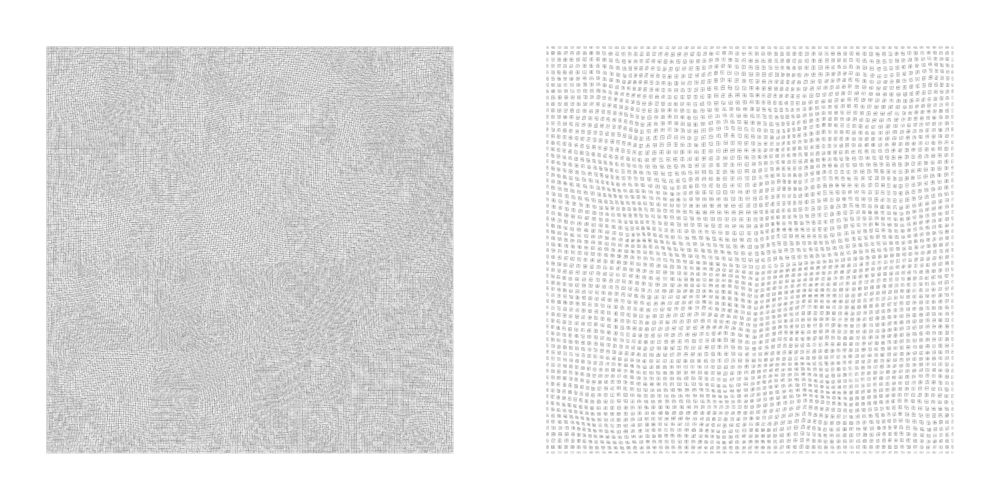 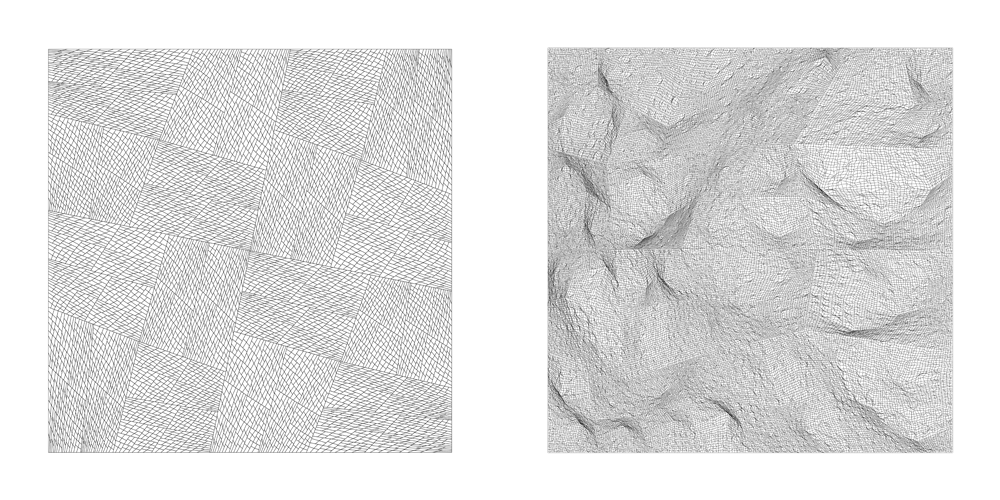 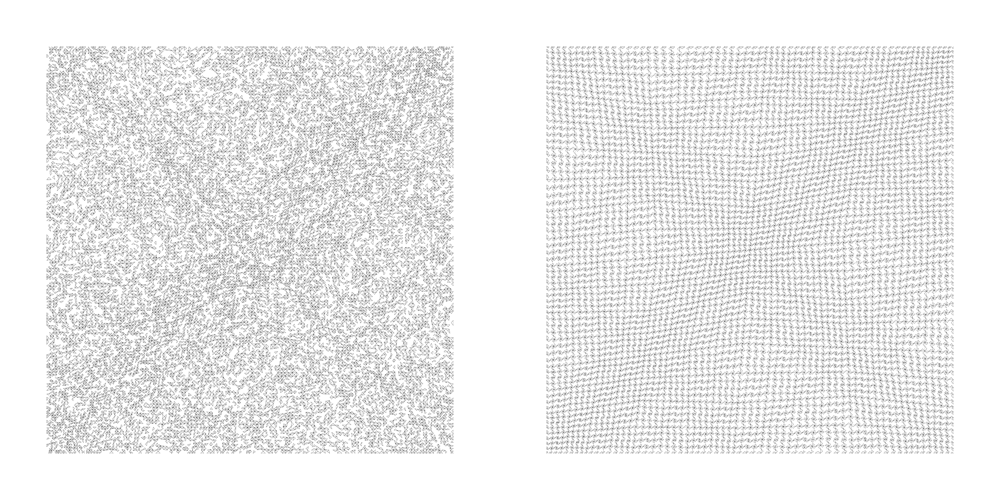 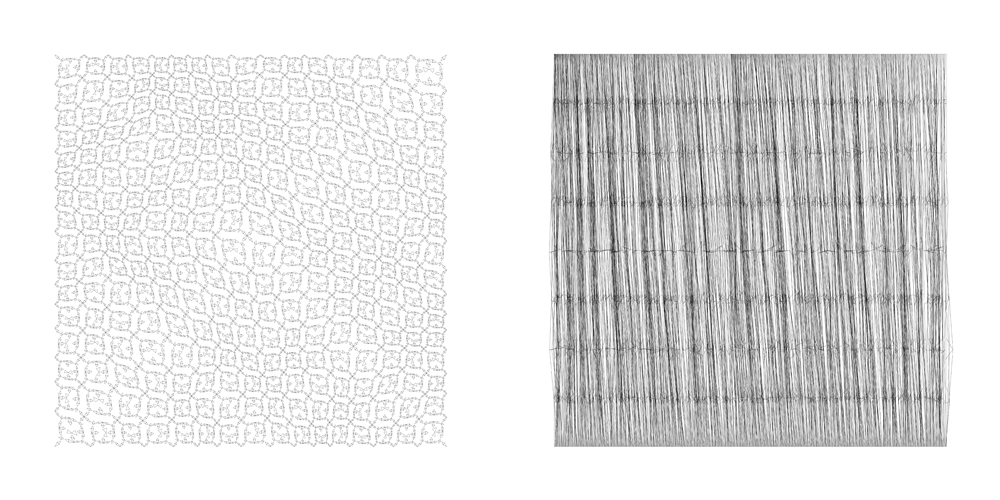