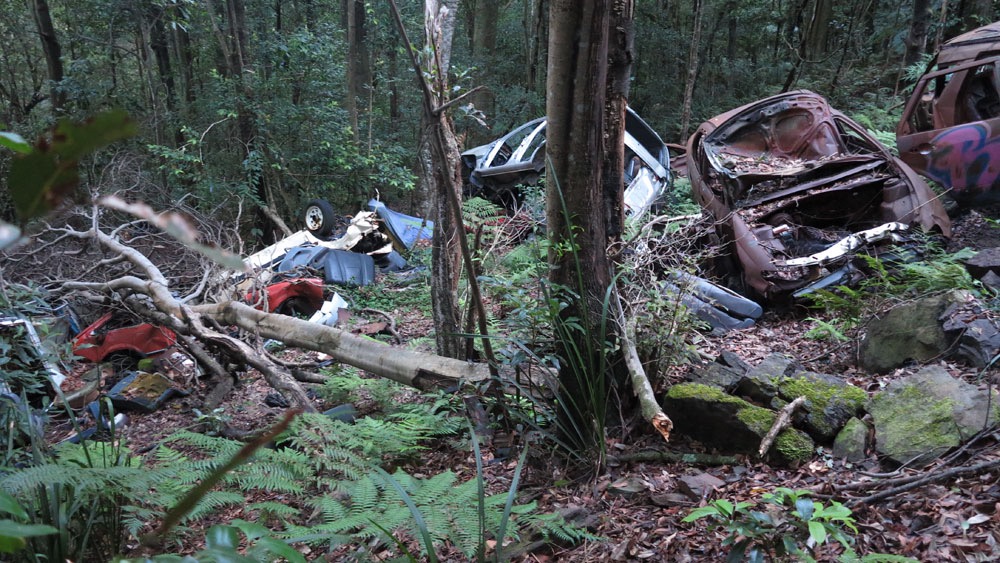 So these cars have spilled down the escarpment hills on dark and drunken evenings […], but as soon as they halt their slide, as soon as they come to rest, they gradually become something else. They are absorbed within the forest. They become habitat for lizards and possums. Their skin grows mottled and less reflective. […] The wrecked cars remain at once very obviously cars, but at the same time, as dumped things, as things slowly decaying in the forest, manage to transcend their identity as cars, manage to transcend even the sense of ruin and simple decay. They gain another indeterminate skin.

The project documents a clandestine process of walking up into the Illawarra escarpment to remove pieces of illegally dumped cars with a battery-powered angle grinder.

The work revisits the terms of 60s Land Art within the context of contemporary socially engaged and post-media art. It stages a minor intervention in the local environment as a means of tracing the impure relation between natural and social space and exploring the awkward borders between proper and illicit environmental artistic action.

The social concerns of the project speak to the complexity of artistic intervention in social and environmental issues. Rather than directly making gestures of social critique, it adopts devious and compromised means to demonstrate ambivalence and complicity.

In its concern with walking practice and direct environmental interaction the project provides a provocative model for rethinking the possibilities of media art beyond narrowly technological conceptions. 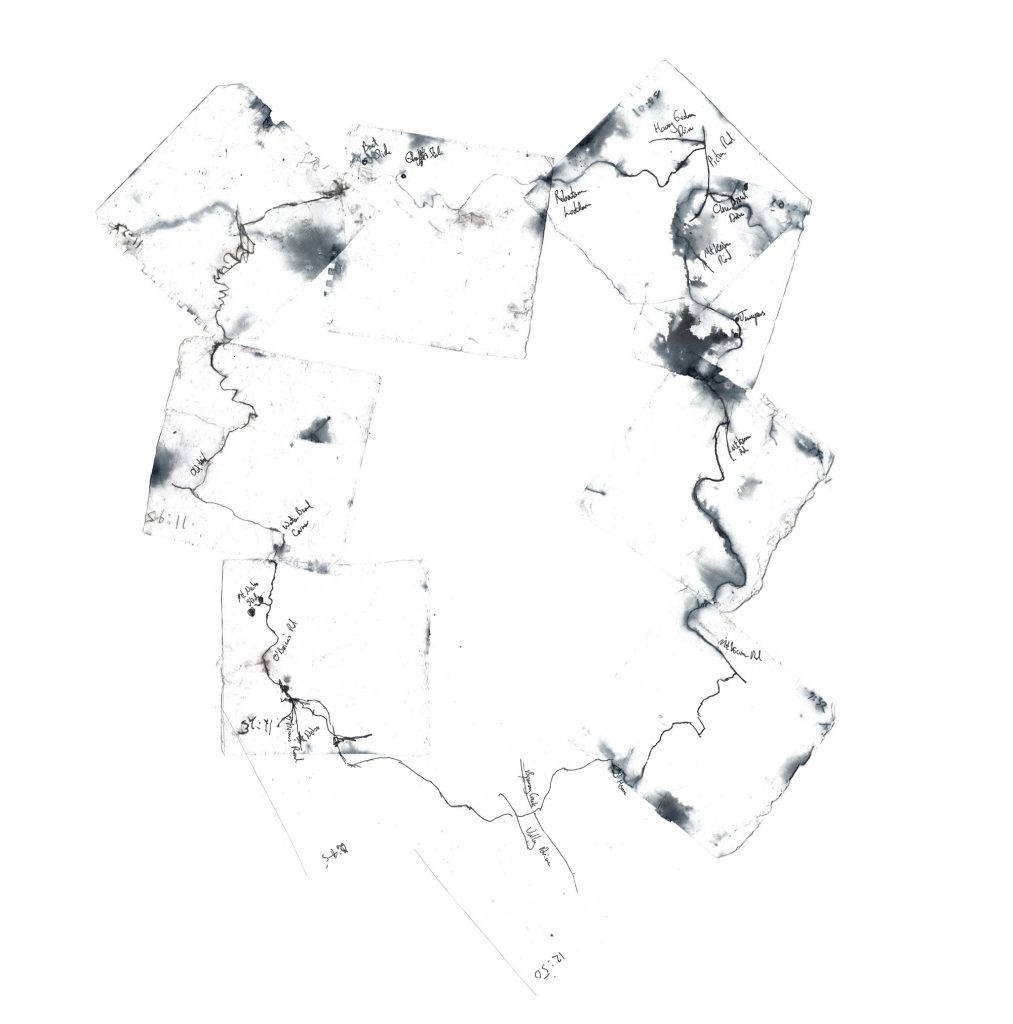 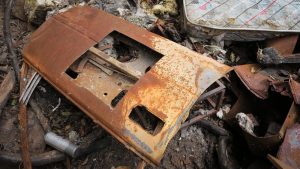